Why Captain’s cabin is always on starboard side ?

There are many questions in shipping industry which seem to be mysteries  of the ancient shipping times with as many theories floating. And one of these question is “Why Captain’s cabin is always on Starboard side?” Here is what I have gathered during my sea career. 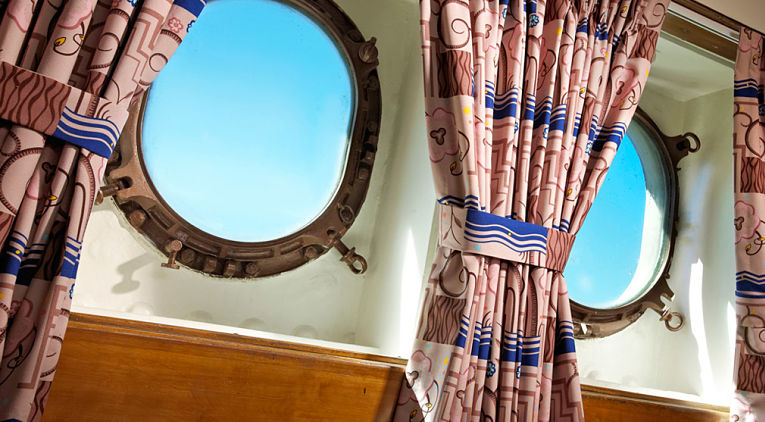 In modern days however it is not superiority that is considered for captain cabin to starboard side. Starboard side is give way side in ROR (Rule of the road) and captain is expected to see the traffic on starboard side of his ship just to be aware of the traffic situation where it is his ship’s duty to take action. He can then also monitor if the officer on watch has taken the required action to avoid close quarter situation.

Meanwhile wishing you all fair winds and following seas.

hello sir, iam following all ur blogs, after sailing for so many years, i never thought why captai cabin in stbd side. very impressive explanations, i need more blogs from u sir. So that we can gain ur knoweldge & experience. your blogs are so nice & very easy to understand

Glad that you are liking it Siva. We are trying to post at least one blog a week. We are also working on with other masters and chief engineers to share their knowledge and you will have many more blogs in the near future. Keep reading.

I will consider that topic to write on Shan..

hello sir. im a filipino seafarer and ive been following your blogs. i find yours very useful! i am very thankful that a great captain like you share your knowledge to the young and future generation of seafarers. more power!

Thanks for reading the blogs Francis. Please let me know if you have any question anytime or need any help..

i only got a suggestion sir if you could write an article about how new seafarers should start their seafaring career (mindset, goals, etc) especially these days that we are exposed with so many requirements, laws, compliance, which are to be strictly followed and shipping industry is shifting into faster pace every year. New generation of seafarers in the industry might not be able to keep up with this pace and might give up seafaring career at the early stage.

i hope it also contain information on time management. With the improvement and technologically-advanced industry that we have, new guys tend to be over-reliant to this technology and forget the basics ( im guilty on this ). Thank you sir. Have a great day

This is a good topic to write about Francis and I will write on that. But you are undermining the potential of our young seafarers. I must say that due to changing circumstances we as seniors, trainers and the companies have not been able to guide/train them properly. This website is an initiative to fill that gap. I will definitely write on the topic you suggested.

Thank you so much sir! All the best!

Hi captain, I'm a Chinese third mate, found your blog when searching 'update AVCS with JRC901B ECDIS' and i kept reading other blogs, i like those researches on things we took for granted and professional knowledge-to-plain words transfer style narrative is very easy to absorb, big fan now~

when i was starting my seafarer career. someone told me that captains cabin is in stbd side because he is always right.

Nice. N insightful. Pls can u drop more light on key types of documents a third mate is supposed to prepare before n after leaving port. Thanks captain

Hello Captain.How can you become a good Captain?

I am new 3rd officer from Burma. Could you tell me the differences between Resolution and Recommendations.

Good day sir, my doubt is why the rescue boat on most of the ships I've seen so far is on the starboard side? thanks

As we know that Captain is the highest responsible holder on board vessel (even while getting rest inside the cabin). so in my opinion why Captains cabin ussualy at starboard side is to allow him to do cursory observation in regard to vessels which is closed at his starboard side relate to COLREG rule 15.

Once i asked to one captain about this, and he replied "because the Chieff Engineer's cabin is on port side"

Hi Sir! It is nice to learn many things from your blogs. Can we have few learnings regarding Manning of vessels like vessels SMD, SEAFARERS MANDATORY courses, etc. It would be good please

Dear sir, Can you please explain how to go about ODME failure and hiw to go about decanting with inoperative ODMCS.

Well said Sir, You are really doing great job by sharing your knowledge with fellow seafarers. My heartfelt thanks on that. Also sir can you enlighten also as to why the stbd side anchor has more shackles than port side? Thanks in advance..

Dear sir, can we make a masters review on sms even if there is still another pending? It means that the company has not yet acted upon previous masters review. Thank you

It is basically due to the Capt is always "Right"

Another interesting explanation to why that side of the ship is called " Starboard " . Well in the days of sailing ships crossing the Atlantic Ocean from England to America, they would try and keep the ship on 50 degrees latitude ( parallel sailing) throughout. For this the star Polaris had to be kept abeam and at 50 degrees altitude from the horizon. The navigator would stand on a board fixed on the gunwale on that side to observe the pole star ( Polaris) and thus the name STARBOARD!